I’ve had some inquiries into the status of the print edition of Letters & Journal. There is good news and bad news. The good news is that the print edition is still being created and will come out as an annual edition initially and then may increase to 2,3 or 4 times a year in the future. The bad news is that it most likely will not come out in 2013. 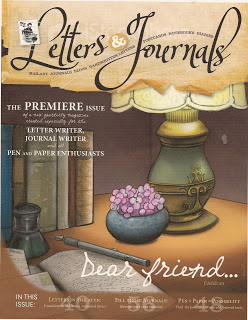 This could change if an investor or sponsor stepped up to help with the initial costs of the launch. I was in discussion with one potential investor/publishing company last summer, but, in the end, it wasn’t a good fit.

The website is being redesigned and needs a new host. I’m excited about the new design and have a lot of fun things planned.

My current position as owner/publisher of Natural Awakenings Twin Cities doesn’t allow me as much time as my previous job did to spend on Letters & Journals. But I know that will change as I become more familiar with the running of the business and it won’t require as much.

In the meantime, I’m keeping a list of people interested in getting the magazine. So far I’m at just a little over 4,100 names. Let me know if you’d like to be added or if you want to check to see if you’re already there.