Edward Gorey Postcard #13 is the mile marker to being halfway through the year and half done with the Gorey postcard theme. How does time go by so quickly? Slow down, I say.

There is a lot of detail in this color postcard called “The Galoshes of Remorse“.  We see four bored gentlemen framing the scene of the woman in the swamp wearing gloves and holding galoshes. 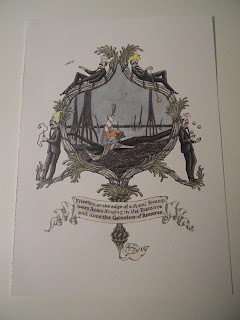 “Frivolity, at the edge of a Moral Swamp, hears Hymn Singing in the Distance and dons the Galoshes of Remorse.” 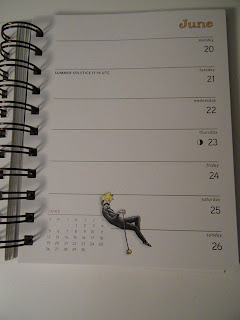 I have to be careful to send some of these cards to people who, either like Mr. Gorey’s work, or who know that I’m doing this bi-weekly mailing project. Otherwise, what would they think when they receive this card about morale galoshes out of the blue?

I will send this card to someone who leaves a comment that they would like it. You will need to provide your mailing address either in the comment or in an email to me (unless you know that your address is already in the system) It will be a surprise as the person won’t know until they receive the card that they were the one selected. If no one comments then I’ll send it to my sister. She’ll be confused but will probably guess its from me as she knows how much I love mail and postcards and such.