A Visit to the Vale Typewriter Shop (Minneapolis)

I wasn’t using any of my three typewriters very much, so I recently decided that it wasn’t just a new ribbon that the two manual typewriters needed, but a good cleaning. I found a shop about 30 minutes away that does typewriter cleaning and repair. (My third typewriter is an Olivetti 900 X, which is electric and works super slick.)

Mark Soderbeck, the owner of Vale Typewriter, started his shop in 1976. He’s one of the last remaining typewriter supply and repair shop in Minnesota. They have no website or social media presence. 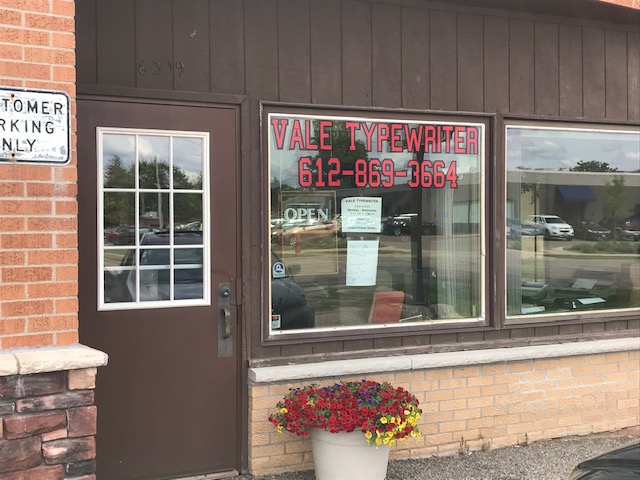 Here’s my Voss typewriter (left) which types in script font as described in previous blog posts (here and here). My Wedgefield (right) is a more recent purchase (garage sale) and probably used the least. Mark did a great job and I have been using both of these typewriters for letters and cards recently. 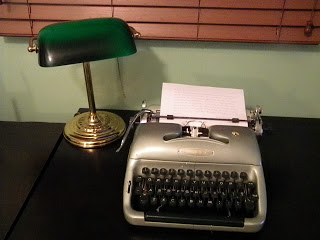 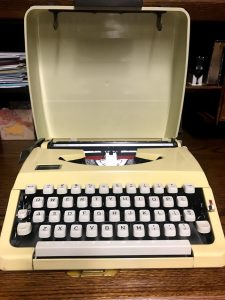 Below are some of the typewriters for sale in his shop the day I was there. He had many more than shown here, as well as many in his backroom that he uses for spare parts. 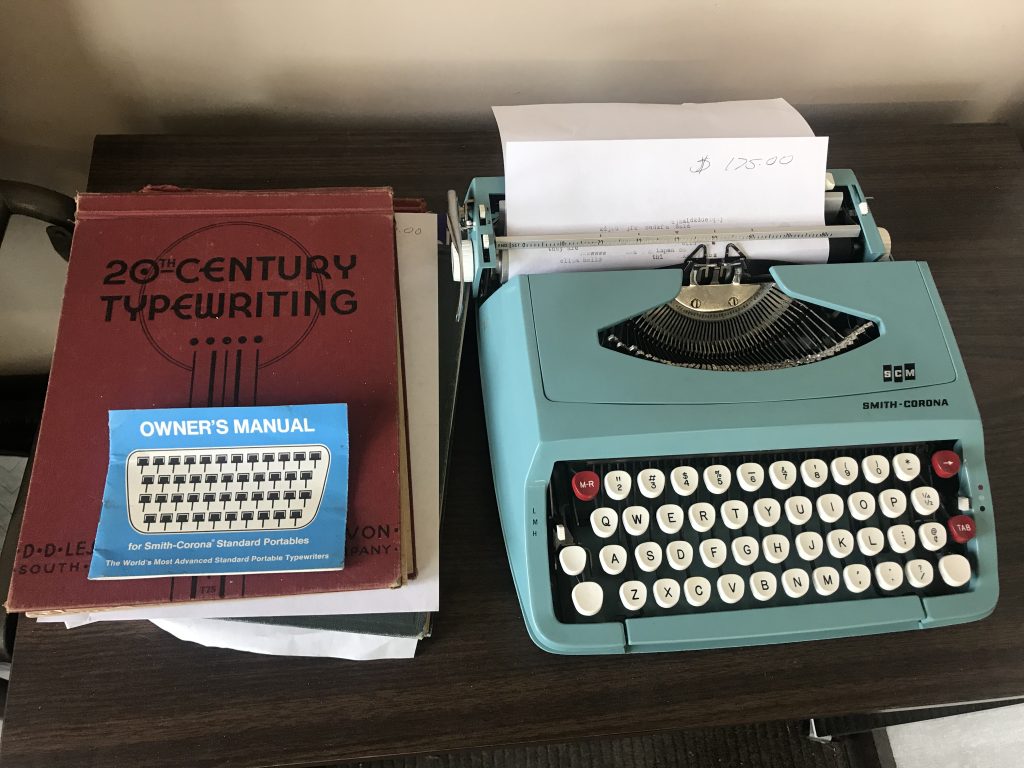 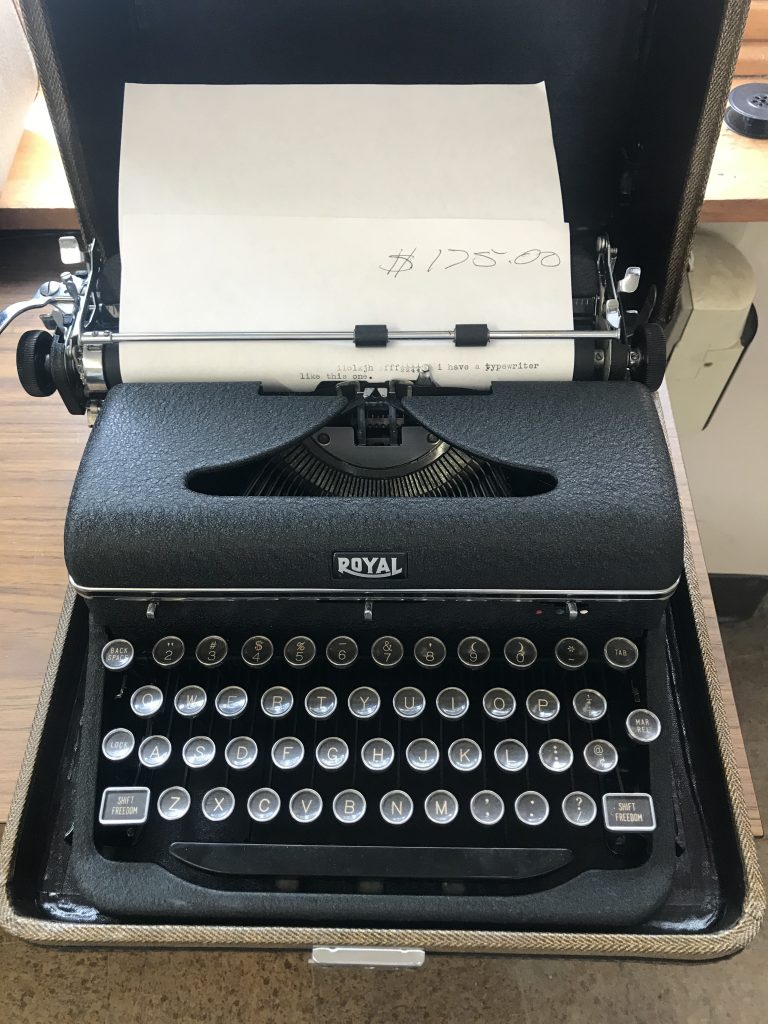 Mark shared the titles of two excellent documentaries about typewriters that were done in the last few years. They are:

California Typewriter which features Tom Hanks, John Mayer, Sam Shepard and a cast of others. I enjoyed this a lot, especially the soundtrack of the click clacking of the typewriter. 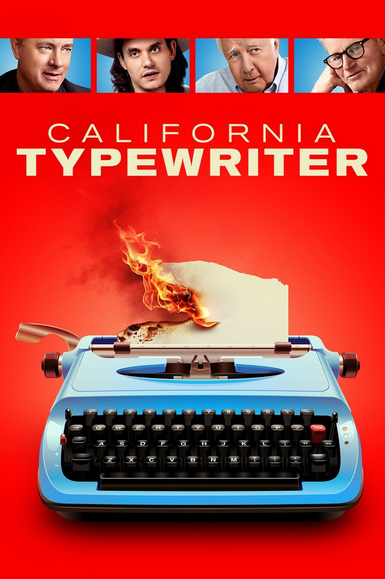 The Typewriter (In the 21st Century), released in 2012, was inspired by this article in Wired Magazine (2010). Director Christopher Lockett and Producer Gary Nicholson wanted to document the vital role of how the typewriter was used in creating 20th century literature. How’s that very definiteness of purpose? Part of their backing came from this Kickstarter campaign in 2011 which I wished I had been a part of. I have this DVD on order to rent from the library. 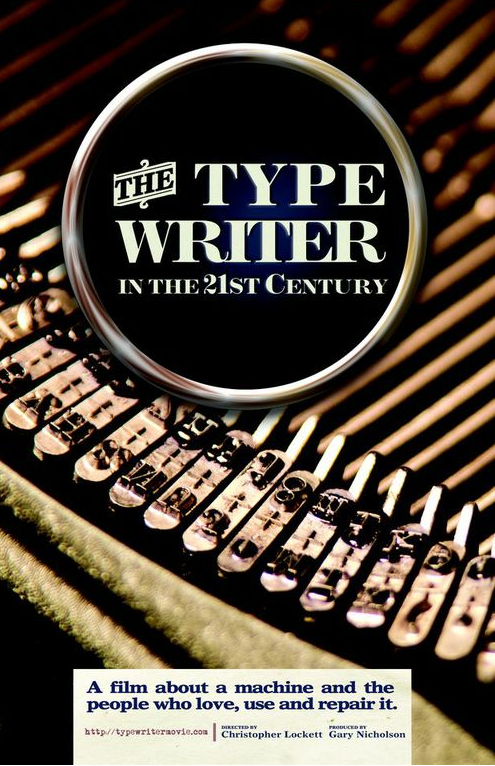 What type of typewriter do you have? Do you use it?